Application of the Principle of Equal Treatment 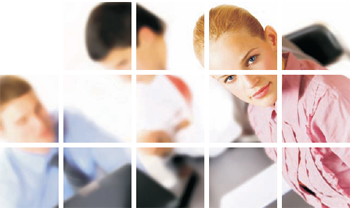 Article 18 of Law 3304/2005 “Application of the principle of equal treatment regardless of racial or ethnic origin, religious or other beliefs, disability, age or sexual orientation” entrusts the ESC with new competencies relating to the application of this principle, including the issuance of an annual report and encouragement of dialogue on such matters with non-governmental organisations.

In implementing its new competencies, the Plenary Assembly of the ESC approved, on Tuesday 18 July 2006, ESC's Report for the year 2005 on the application of the principle of equal treatment. In order to draw up the report, the ESC, seeking the broadest possible exchange of views, addressed itself to the three authorities responsible for monitoring the enforcement of the law (the Ombudsman, the Corps of Labour Inspectors and the Equal Treatment Committee of the Ministry of Justice), as well as to institutions and a number of NGOs with activities falling within the thematic areas of the law.

The ESC's report contains 9 chapters and 2 annexes. Chapter 1 of the Report announces the creation of a page devoted to equal treatment on the ESC's website. The following Chapters present the EU Action Programme to combat discrimination, give numerical data on the population groups to which the law refers, note the most frequent observations made by international organisations and NGOs on the practical implementation of the principle of equal treatment in our country and make reference to the work of the above three authorities which are competent to monitor the application of the law.

The ESC formulates 10 proposals on the meaningful application of the principle of equal treatment. The ESC believes that the information provided to vulnerable population groups regarding their rights is of particular importance, along with awareness building for nonmembers of these groups on discrimination-related problems. The ESC also underscores the need for appropriate training for government officials who deal with the vulnerable groups of the population. In addition, the ESC also notes the regional dimension of the problem and the ability of school education to help familiarise students with diversity. It also proposes to implement programmes to improve the living, education and employment conditions of people who are often victims of discrimination, and stresses the need to reinforce the state monitoring mechanisms, which must function effectively and independently. The ESC also expresses its willingness to collaborate with the Greek state and the social partners to ensure the broadest possible consensus concerning the steps that must be taken to implement the principle of equal treatment for national, ethnic and religious minorities. It points to the need to examine all the international agreements relating to the principle of equal treatment that Greece has not yet ratified. Finally, it underlines the dynamic nature of the areas of inequality, with particular reference to the phenomena of illiteracy and “digital illiteracy” as present-day areas of exclusion of vulnerable groups. Επιπλέον, η Ο.Κ.Ε. επισημαίνει την περιφερειακή

On Tuesday, 3 July 2007 the Plenary Assembly of the ESC approved the ESC's 2006 report on the application of the principle of equal treatment.

In the report, the ESC first refers to the work for 2006 of the three authorities responsible for enforcing the law on equal treatment (Ombudsman, Corps of Labour Inspectors and Equal Treatment Committee of the Ministry of Justice) and comes to the conclusion that unlike the Ombudsman the other two authorities have not fulfilled their tasks.

The ESC enumerates reports of instances where the principle of equal treatment was violated, which were included in notices or reports from human rights organisations or international organisations, and lays particular emphasis on those pertaining to ill treatment of vulnerable population groups by the police and violations of the rights of religious or ethnic minorities.

Following this, the ESC:

On 24 June 2009 the plenary session of the ESC approved the third annual report on the implementation of equal treatment in Greece. The report focused on the developments of 2007.

It refers to the developments at European Union level during 2007 and then reports on the action taken by the three competent authorities/offices, i.e. the Ombudsman, the Labour Inspectorate and the Equal Treatment Committee of the Ministry of Justice. As every year it is concluded that the first of the three agencies, i.e. the Labour Inspectorate, is the only agency that satisfactorily meets the requirements of its role.

After noting down the complaints of international organizations and non governmental organisations concerning equal treatment, ESC observes that they repeat themselves to a great extent.

As to its suggestions, ESC submits proposals on the better implementation of the law and proposes modifications in the law concerning the transposal of the related directive into national law. The most important ESC proposal regards the unification of agencies controlling the implementation of equal treatment in our country.