INTERVIEW WITH ROBERTA METSOLA, PRESIDENT OF THE EUROPEAN PARLIAMENT

I want the European Parliament to be active and reactive in affirming its parliamentary responsibility and in fulfilling its role in scrutinising, investigating and legislating. I want to see the European Parliament and its 705 elected representatives move forward on migration, on energy, digitalisation, on equality, on solidarity as well as on security and defense. I also want this parliament to push towards making Europe the world’s first carbon-neutral continent.

Internationally, the European Parliament must strengthen its leadership role across the globe. It is already a reference in upholding parliamentary democracy. This must continue. All EU parliaments, including the parliament of the people of Ukraine, show us how much they trust in our values.

You became the third woman elected to lead the European Parliament, after Simone Veil and Nicole Fontaine. You also won the majority of MEPs’ votes in a process that involved two other women candidates. Does your election present a clear, new message for women’s main role in policy-making process?

I am honoured to have taken up this position. I will honour those who came before me, as always, by standing up for Europe. That is the role of any President of the European Parliament irrespective of age or gender. And my promise is that it won’t be another 20 years before a woman is elected again.

The EU has delivered over half a century of peace, stability and prosperity. It also plays an important role in promoting democracy, fundamental freedoms and the rule of law across the globe. In these troubled times, the European Union is showing tremendous unity and resolve in the face of a criminal and disastrous war.

I am proud of how European Parliament has been spearheading the EU’s support to Ukraine. I am in dialogue with President Zelenskyy, whom I met recently in Kyiv. We are working closely with the Rada to support Ukraine’s democratic and European perspective.

In the last decade, we have seen the EU's single market enable goods, services, money and people to continue to move freely throughout the continent. Members of the European Parliament approved legislation that has enable this. We have also improved Citizens’ rights, employment rights, digital rights and consumer rights. More recently, the EU has developed some of the strictest environmental standards in the world. Climate agreements have been adopted to minimise risks to climate, health and biodiversity.

Following the developments and the challenges at the international, European and national levels, do you believe it’s time to initiate a discussion for an Intergovernmental Conference and the reform of the Treaties?

This spring, the Conference on the Future of Europe will deliver the conclusions of a unique EU citizens’ consultation initiative. Ultimately, this will offer an unprecedented opportunity to listen to the concerns expressed by Europeans in particular to hear the voice of Europe’s younger generations. It will be our institutional responsibility to jointly translate the Conference on the Future of Europe proposals into concrete action, including if necessary a reform of the Treaties. Nothing is off the table.

Europe aims to be the first climate-neutral continent by orienting itself towards a modern, resource-efficient economy. How does the European parliament contribute to the Green Deal?

A modern, resource-efficient economy will come into practice thanks to the initiatives, which the EU is pushing forward for our environment through the Green Deal.

The Green Deal goes beyond tackling climatic issues. It integrates sustainable growth in all sectors and in all industries in order to reduce carbon emissions and sustain environmentally friendly agriculture, transport and renewable energies. In its law-making capacity foreseen by the EU treaties, the European Parliament is committed hand-in-hand with the other EU institutions in delivering on sustainability.

The European Parliament, the Council and the Commission proclaimed the European Pillar of Social Rights. The Porto Social Summit was an occasion to rally forces to renew the commitment for the implementation of the Social Pillar. What is your view of today's social Europe?

Delivering on the European Pillar of Social Rights is a political responsibility shared between the European Union and Member States as appropriate. Differences in socio-economic environments and the diversity of national systems is taken into account, in accordance with the principles of subsidiarity and proportionality.

Social Europe is about strengthening social partnerships in all Member States. We invest in an economy that works for all and in so doing we eliminate the need for one-size-fits-all regulation. A well-functioning social dialogue must work autonomously. This Pillar of Social Rights is what distinguish Europe from all other global actors.

How will the EU strengthen its role as a global leader in the world? How feasible is it to have a coordinated approach to securing a united voice for Europe in the world?

EU has shown normative leadership in ensuring the highest standards in aspects such as climate change, labour protection rights, human rights and equality. The European Parliament is today a reference in upholding parliamentary democracy. This is an area where the EU will continue to show leadership by working closely with neighbouring countries and parliamentary democracies worldwide, as well as reaffirming the European perspective of some of our allies.

In a globalised world, we need a coordinated approach for topics such as climate change, food security, security and defense. In the current geo-political circumstances, Europe’s voice is more united than it has ever been. I do not doubt our unity.

What are the threats to the Rule of Law in Europe today? Can the Union protect effectively its values and its citizens?

The rule of law is the basis on which our Treaties are built. It is fundamental that all Member States adhere to the Treaties they all signed up to when they joined the European Union.

Threats to the Rule of Law in Europe today, can be seen in the 2021 Rule of Law report published by the European commission. This report is a preventative tool that has encouraged a debate among the member states and encouraged positive reform. Such debates and reform form part of the process whereby the EU actively defends its values and its citizens.

Do you think that the EU Covid Response is sufficient? Will the Recovery and Resilience Facility, which aims to mitigate the economic and social impact of the pandemic, prepare adequately the European economies and societies for the coming challenges?

Thanks to the Recovery and Resilience Facility European economies and societies will be able to harness the benefits of a digital economy and new jobs that the post-COVID era will require. It will immensely help us to face weather the aftermath of the global COVID pandemic and its harsh consequences.

The fund will help economies and societies become more sustainable, resilient and better prepared for the challenges and opportunities of the green and digital transition. Things will be different, after this pandemic. We must adapt, as we already have, The fund will give impetus to our economies to face today’s challenges while taking on board the benefits of the digital and green transition.

The Conference on the Future of Europe will enable Europeans to have their own say in what is important for the Union. What follow-up will be given to the citizens' proposals after the completion of its works?

I am a big believer in citizen centric decision making. The conference on the future of Europe is perhaps the best example we are seeing on this. I am optimistic that this will lead to concrete changes and will serve to build the trust that is needed.

European democracy is one of the topic that has received the most contributions from citizens on the multilingual digital platform of the Conference on the Future of Europe. The key questions raised cover everything from the institutional functioning of the EU to the fight against disinformation and the protection of fundamental rights. The working group on European democracy, will analyse the citizens’ recommendations and assess them in relation to the current institutional framework and its eventual reform.

2022 is the European Year of Youth. How will Europe win the engagement of the young people and achieve their greater participation in the European integration?

We want to make the voices of youth heard, in order to have a better future, we need our youth to speak up and share their ideas. The aim of the European year of Youth is to create many opportunities and events around Europe where youths will come together to learn, share your opinions, meet people and participate in activities across Europe.

We will continue to build a better future, which is greener, more digital, and more inclusive, but we need youths to speak about their wishes, ambitions and aspirations. We want to hear from the youths around Europe, hear their input and ideas, and listen and act. 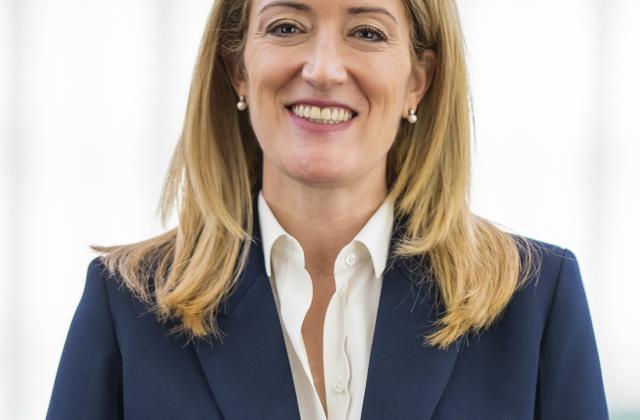